The spirit of Christ is the spirit of missions. The nearer we get to Him, the more intensely missionary we become. 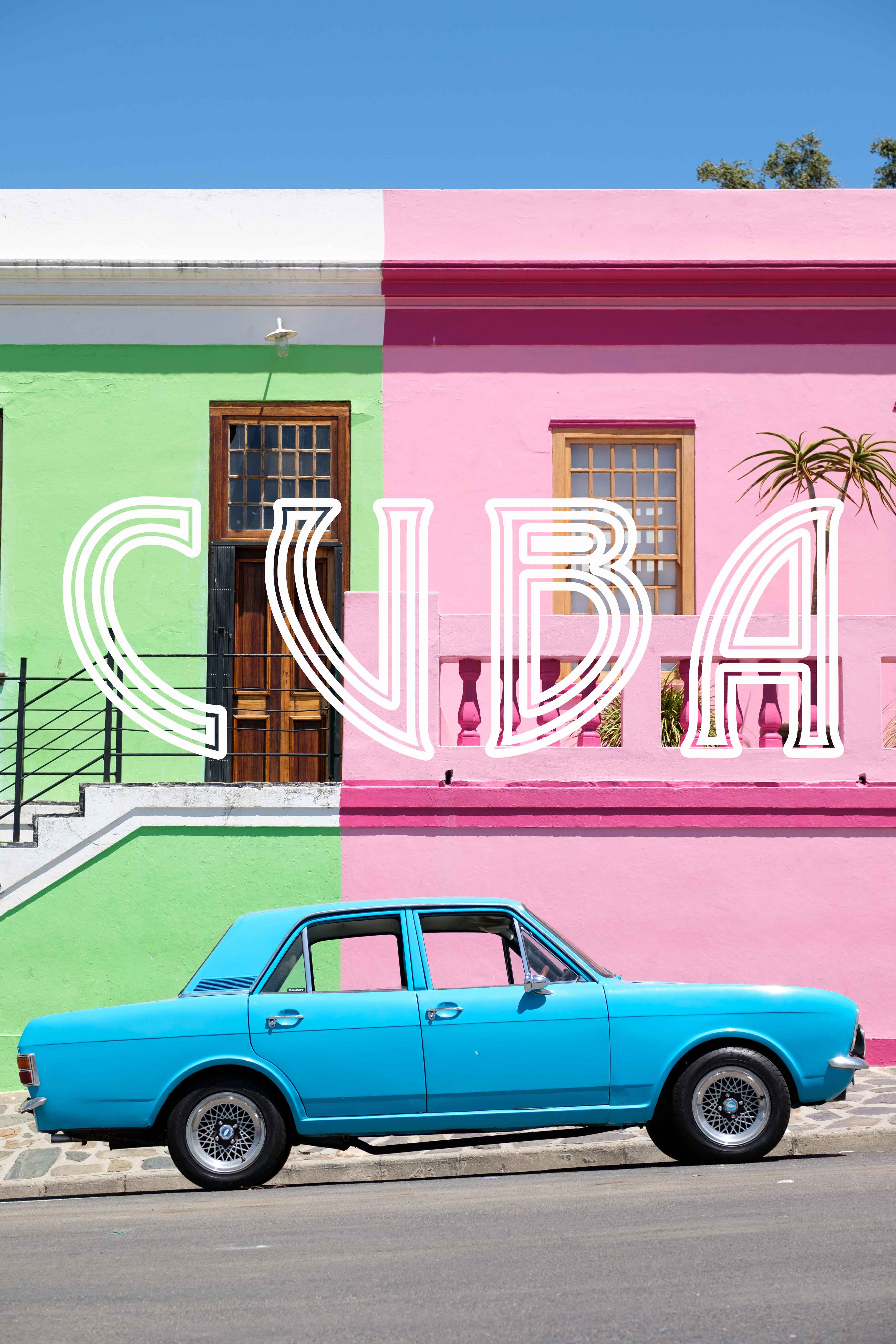 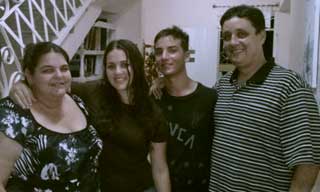 Fernando Rodriguez began serving as pastor of Iglesia Buenas Nuevas in Cuba for the last 17 years and has been involved with Calvary Chapel for the same amount of years. The church he serves at has established 8 church plants, as well as a Bible college. Fernando serves as our main contact for our annual Cuban Pastor’s Conference which has taken place for the last 7 years.

S ammy Medina grew up on the missions field. At the age of 9 his parents moved from California and decided to become full-time missionaries in Mérida, Yucatan, Mexico. He fell in love with the people and the culture, and began learning the language, attending school, and helping his dad in the ministry. At the age of 12, he began playing drums on the worship team.

Sammy met his wife, Aly, at a Christian school, and after graduating college at the age of 23, they got married in Merida and today they have three sons and one daughter.

Sammy became a member of the pastoral team serving alongside his father. After working for several years with the youth, and serving on the pastoral team, his dad passed the baton to his son on October 27, 2019. Since then Sammy has served as the senior pastor at Calvary Chapel Merida. 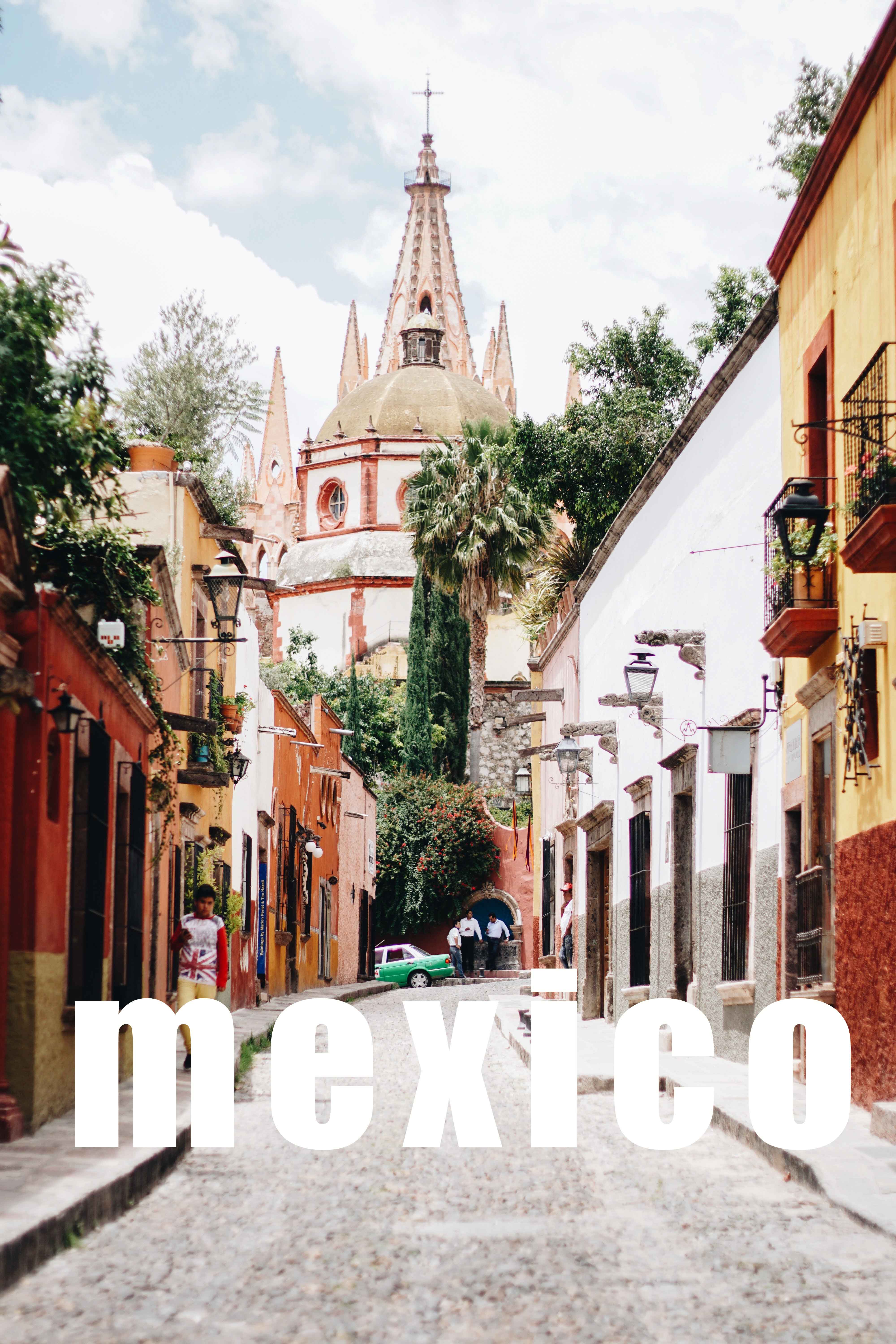 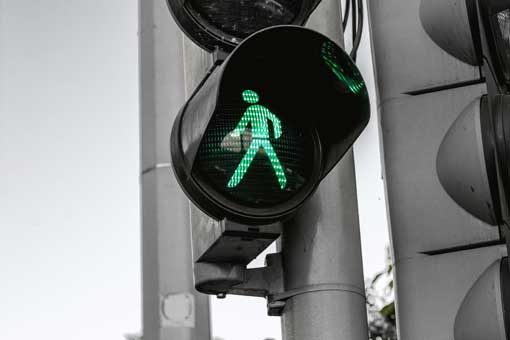 “Go into all the world and preach the gospel to every creature.” 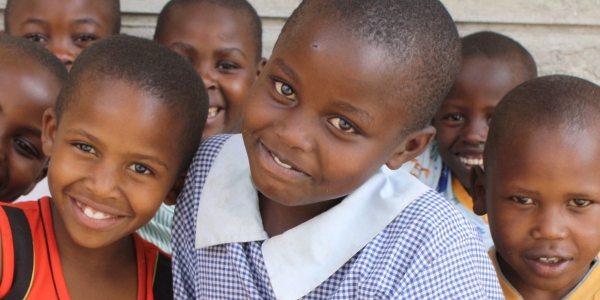 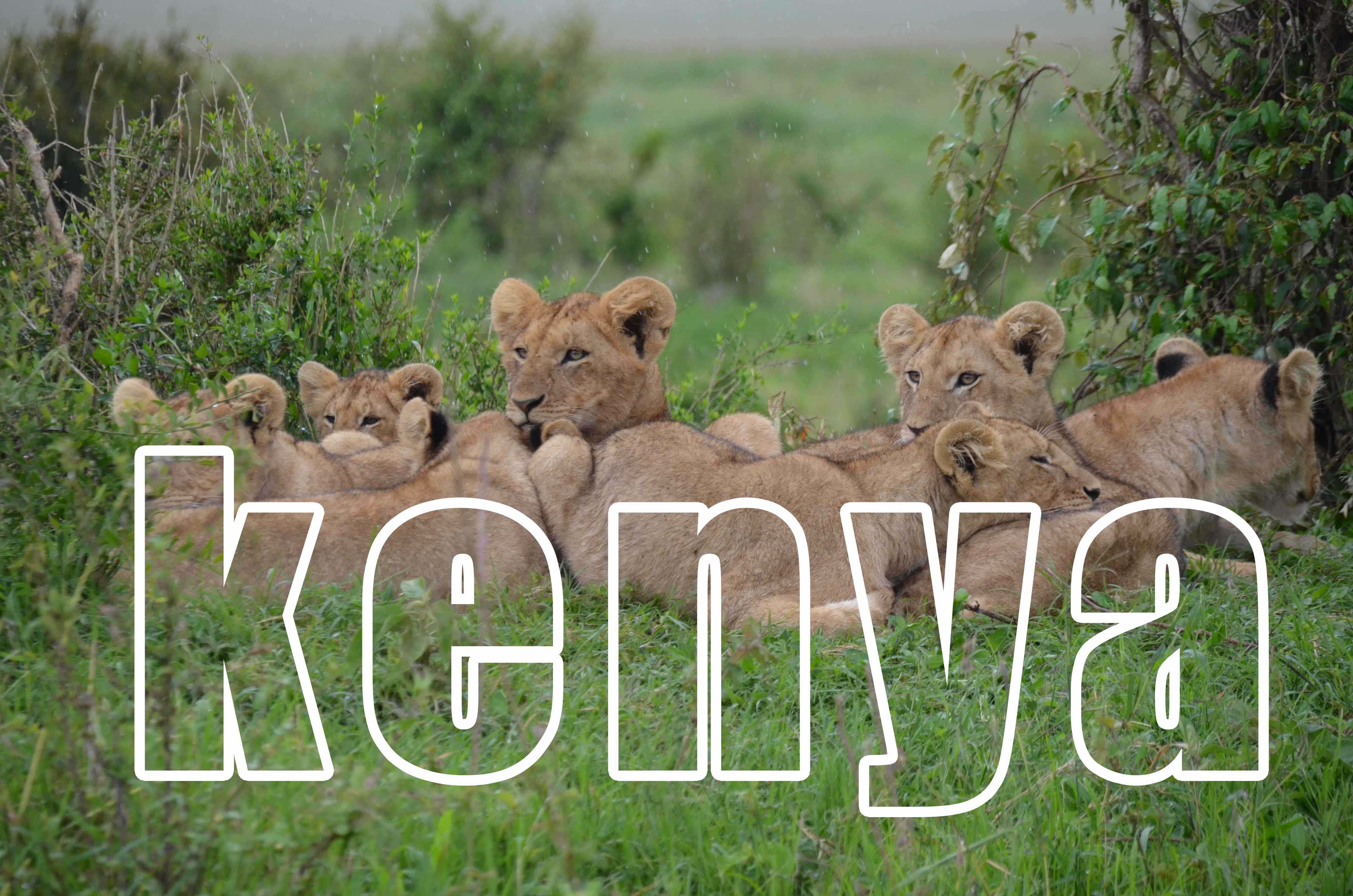 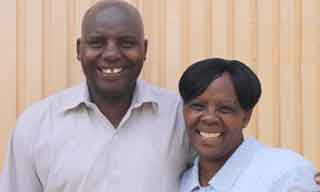 The idea of starting a children’s home was birthed in February 2006 when Stephen & Beatrice conducted a funeral in Nyeri, Central Kenya. They buried a mother of three children. The father was buried two years before. Both parents died as a result of HIV/AIDS. There was much sorrow because there was no one to take care of the children. As a result the vision of starting an orphanage was born as Stephen realised that something needs to be done to help the children.

While Laurah Ward Paramonova was attending Calvary Chapel Bible College at Murietta, the Lord called her into the mission field. He first led her to the Ukraine. After serving faithfully for over a year, the Lord brought her back to Calvary Chapel Houston for a short time. Then in 2002 the doors, once again, opened for Laurah to return to the mission field, this time to Russia. Laurah is now working with the Calvary Chapel Church Planting Mission in supporting their vision of nurturing Calvary fellowships in the former Soviet Union. 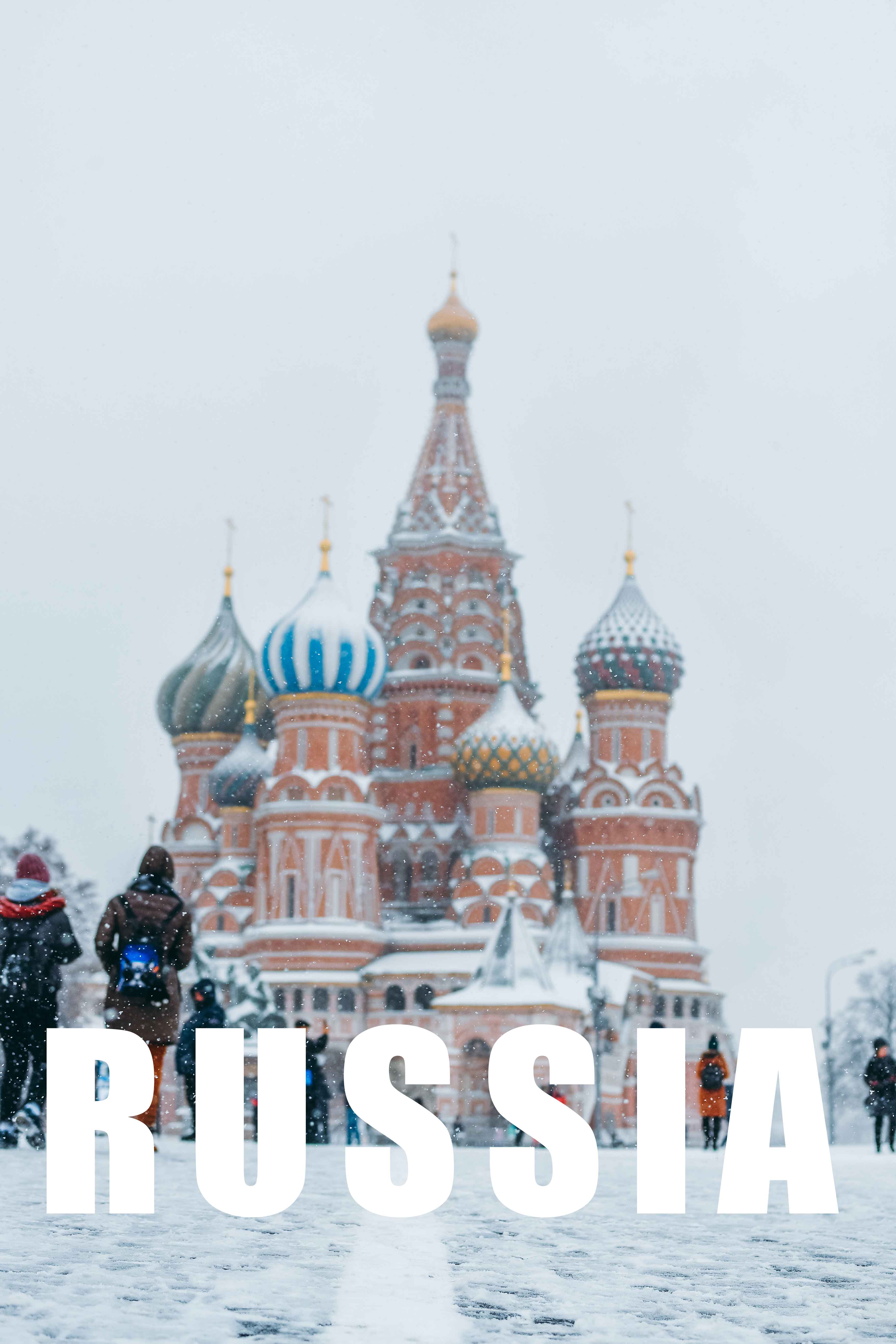 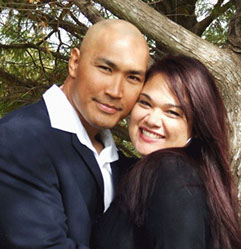 Joe Nauta was born and raised in Agat, Guam. Joe surrendered his life to Christ on March 31, 2001. He then met and married his wife, Jen, and together they have 9 children and 7 grandchildren. Joe and Jen moved to Texas in 2003 and spent 9 years in Houston, TX, where he attended, served and was discipled under Senior Pastor Ron Hindt of Calvary Chapel Houston.

In April of 2011, Joe felt the Lord call him back to his island home of Guam to share the good news of Jesus Christ where he eventually became the Senior Pastor of Calvary Chapel Guam in March of 2012. He and his family lovingly serve the Lord and are excited to reach out and share the love of Christ to the people of Guam. 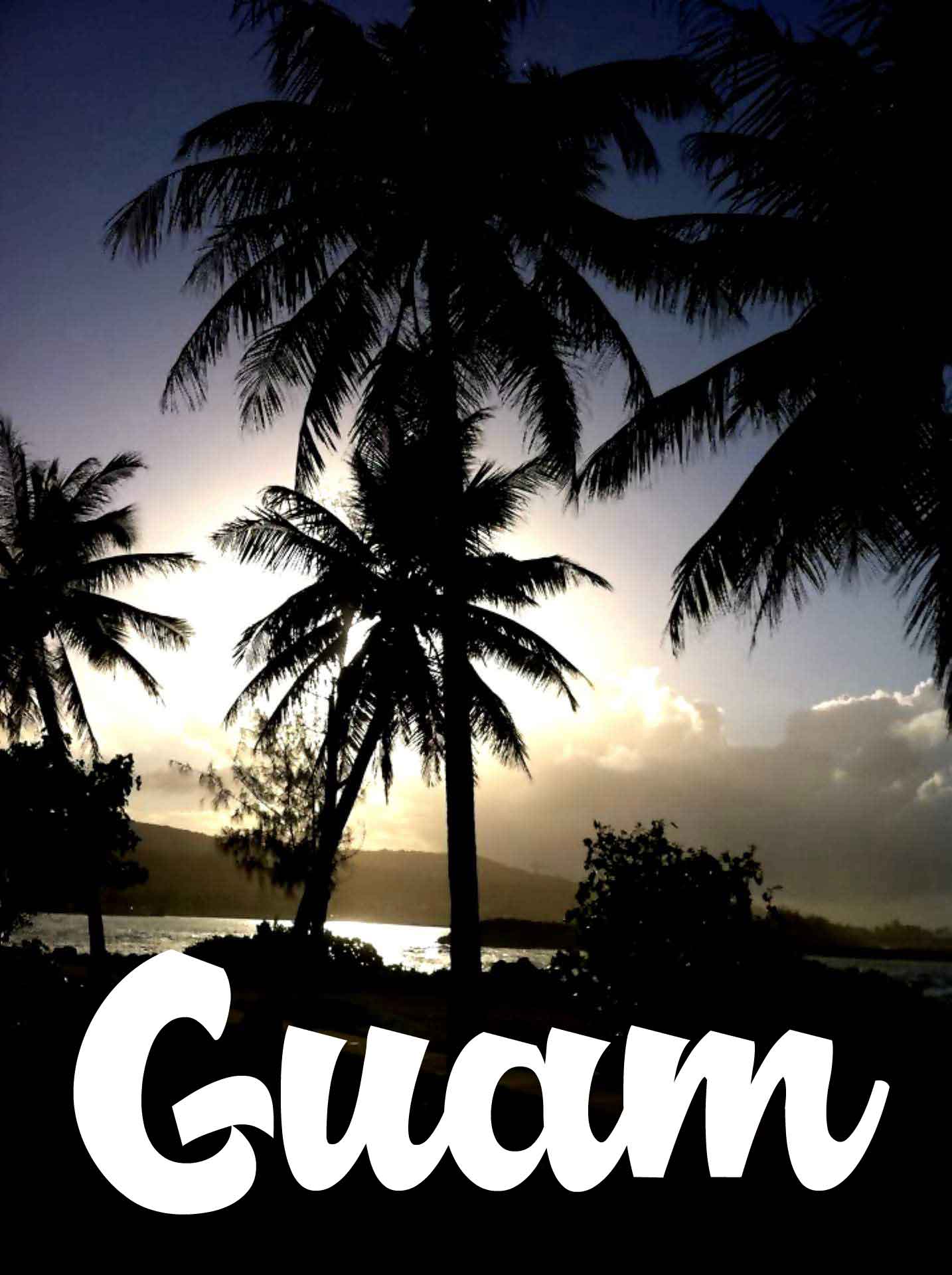 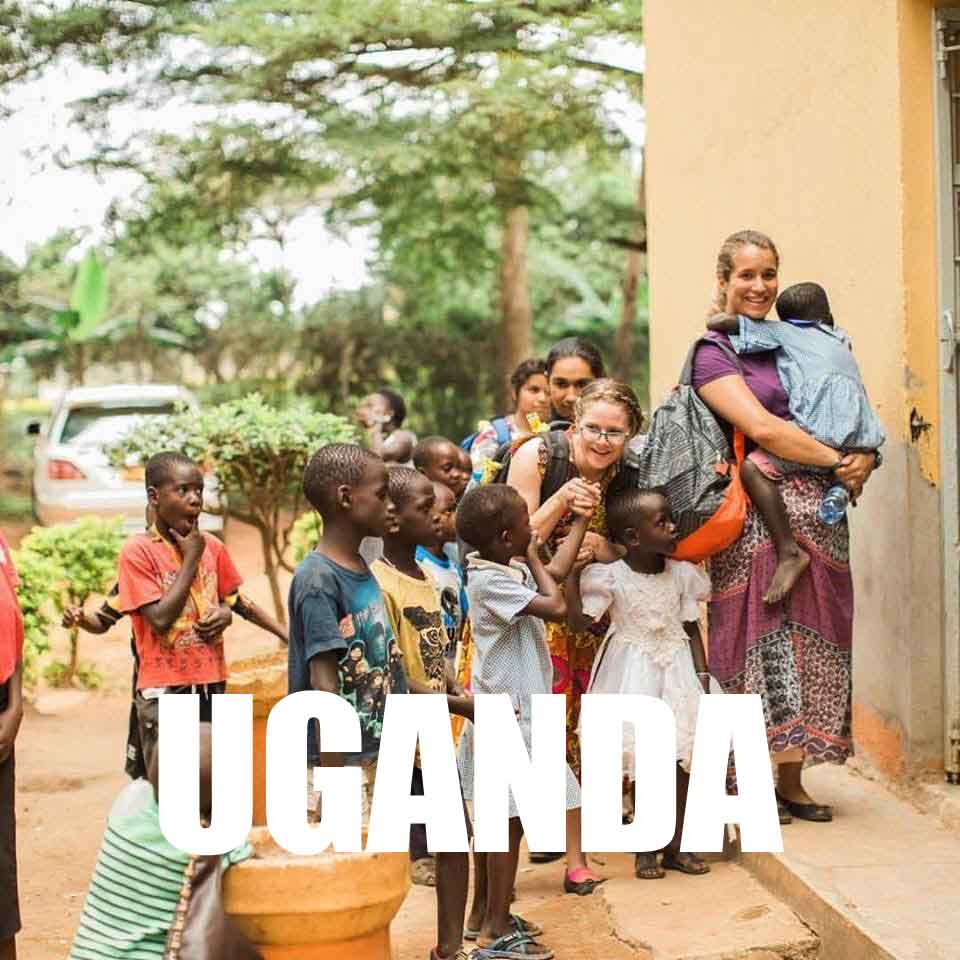 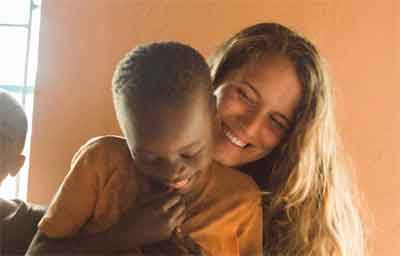 Receive her newsletter
by sending her an email at:
savhannahleecrabtree@gmail.com

SavHannah Crabtree knew the call of God on her life at 10 years old for overseas missions. At 12 she knew that God was calling her to Africa. Since then she went on mission trips to Slovakia, Japan, Mexico, and Guatemala. It was not until she turned 22 that she was able to fulfill her dream to love the people of Kenya and share about the faithfulness and love of God. She then saw the power of education and returned to the States to finish her Bachelors in Education.

She now is serving with Pottersfield Ministries in Uganda as an English teacher for Calvary Chapel’s school in Entebbe. She will be teaching 3rd – 8th grade, as well as classes for adults at night. In addition to teaching, she will be sharing the Gospel of God’s love at a feeding program with Pottersfield every week, where hundreds of children come to hear the Word of God, meet Jesus, and share a meal.

Receive his newsletter
by sending him an email at:
jonaflores@hotmail.com

Jona Betsumiya Flores fell in love with serving the Lord in high school at Calvary Chapel Houston during a spring retreat and continued to serve in and out of high school as a leader in the high school youth ministry. He felt the calling of the Lord to go to japan and attended Calvary Chapel Bible College Japan (CCBC Japan) not only to grow deeper in the word but especially to serve the Lord in Japan. The calling was near to his heart because of the family he has in Japan and he quickly realized that Japan was the last stronghold of the enemy in Asia.

Now Jona is continuing to serve in Japan as a Youth leader, Worship leader and teacher at CCBC Japan cultivating those around him to serve to their full potential all over Japan. He desires to continue to push the next generation forward and truly serve God in all things. He has vision for cultivating a culture that knows Jesus especially young people in Japan through different platforms like social media and outreaches. Jona’s desire is that you would support him always in prayer especially for the revival and softening of the hearts of the people of Japan, the specific ministries he is involved in, and vision for different local outreaches. 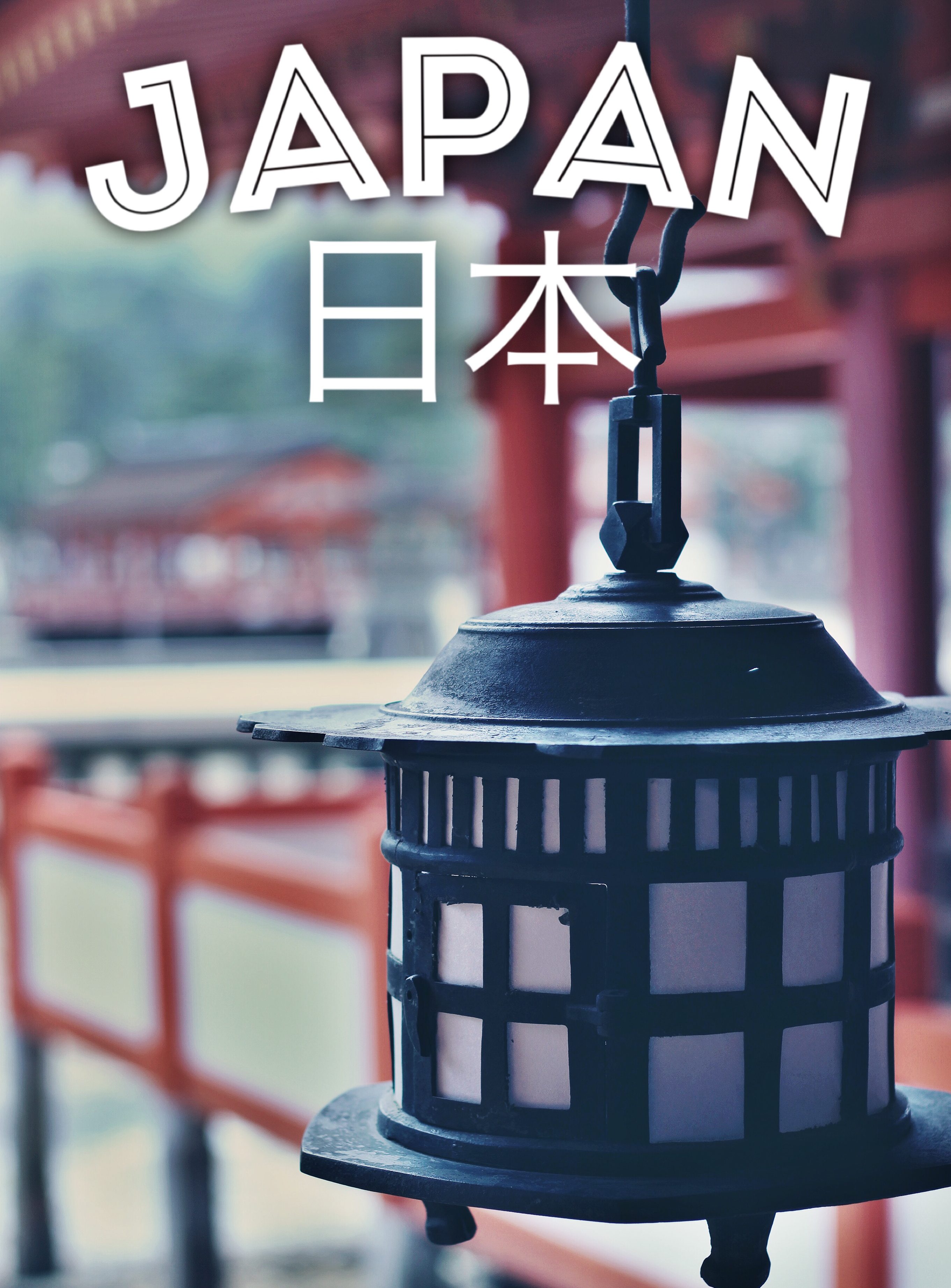 Zully Ruano was exposed to missions from a very young age and at the age of 16, the Lord inscribed on her heart 2 Corinthians 5:15, “And He died for all, that those who live should no longer live for themselves but for Him who died for them and rose again.” From that point on, her desire was to live for the Lord in the best capacity He saw fit. The Lord led her to become an elementary school teacher in 2001 and she received her Teaching Credential and a degree in School Administration with the purpose of using it all on the mission field. Zully eventually resigned from teaching to follow the Lord’s leading into full-time ministry. She worked on staff at CC Downey where she served as the Missions Coordinator for almost 10 years. She loved being involved in all the “behind the scenes” work in missions; from missionary care to short-term missions training and leadership training.

In God’s perfect timing, Zully received a special missionary call to help begin a Christian international school in Mallorca, Spain. There are presently 1.3% Evangelical Christians in all of Spain, therefore, the school’s purpose is not only to prepare children academically but to reach children and their families with the gospel of Jesus Christ. In addition to establishing a Christian school, Zully’s long term goal is to strategically use Spain’s geographical location to prepare and send missionaries to its neighboring countries in Africa, Europe, and the Middle East. 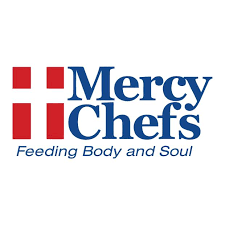 Mercy Chefs is a faith-based, non-profit disaster relief organization. They exist to provide professionally prepared, restaurant-quality meals to victims, volunteers, and first responders in natural disasters and national emergencies, and they partner with existing like-minded organizations to further their mission by providing food service in underserved communities across the country.

The organization has served over 15 Million Meals! Mercy Chefs has delivered aid to over 26 states and nine nations with the help of over 10,000 volunteers! 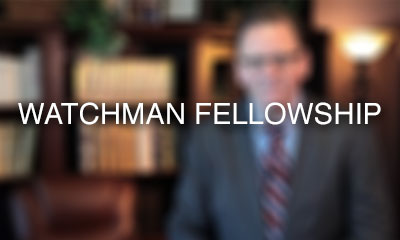 Watchman Fellowship is an independent Christian research and apologetics ministry focusing on new religious movements, cults, the occult and the New Age.

Concerning a person’s right to choose, they believe that a real choice is one based on access to all the information, and understanding both or all sides. They have three primary goals: to educate the community, to equip the church, and to evangelize the cults. 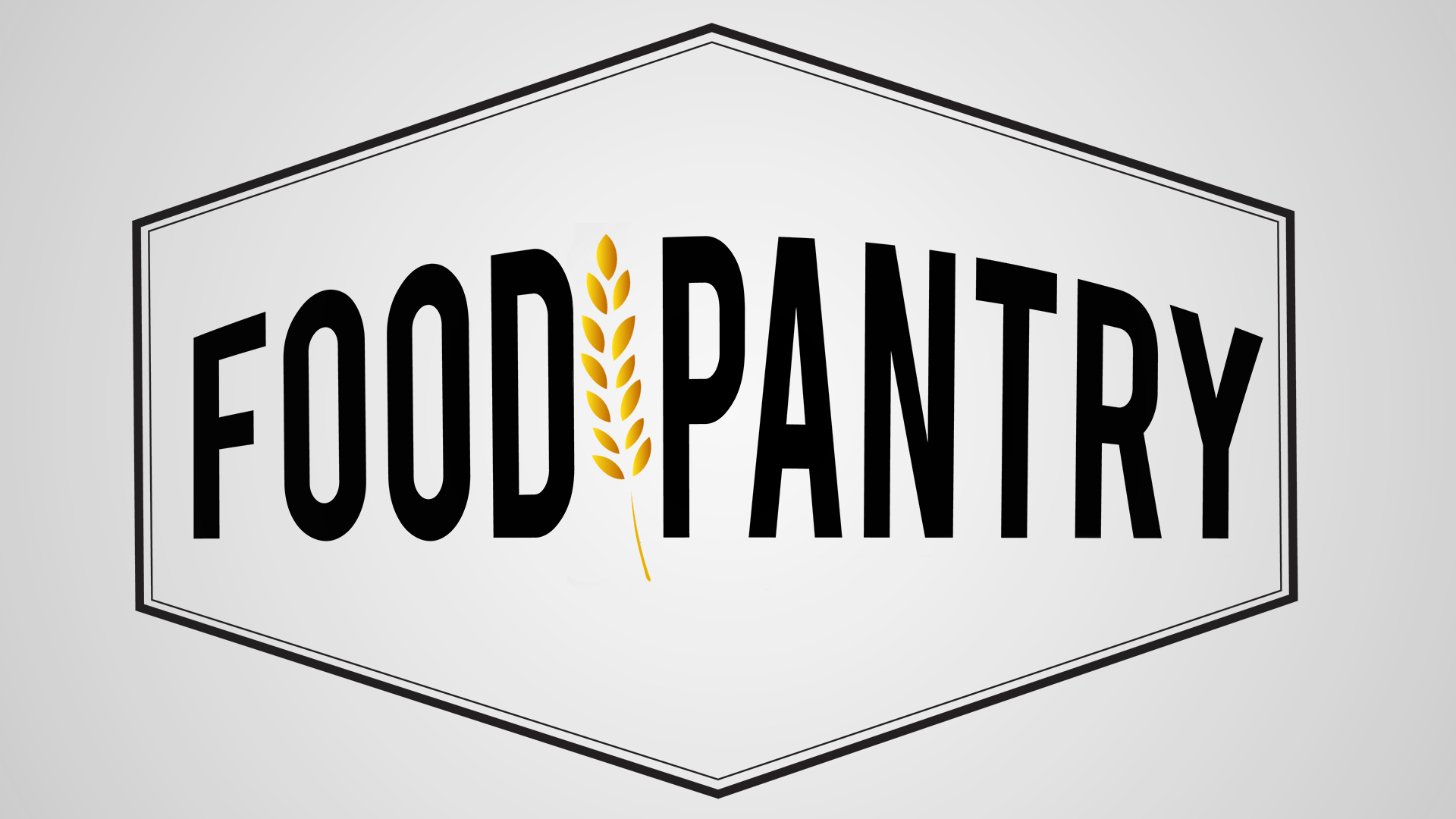 Tthe Calvary Houston Food Pantry’s mission is to feed the physical and spiritual needs of our community. Our goal is to show the love of Jesus Christ to those in our community by providing a supplemental food source for those in need, prayer support, and referrals to additional assistance as needed.

We serve the residents of our city, Friendswood, as well as all surrounding communities. We offer shelf-stable foods, frozen meats, fresh dairy, and fruits and vegetables (all when available). Services are available once every 14 days PER household. A completed application, Emergency Food Assistance Program agreement, and proof of residency via a current utility bill or lease is required. 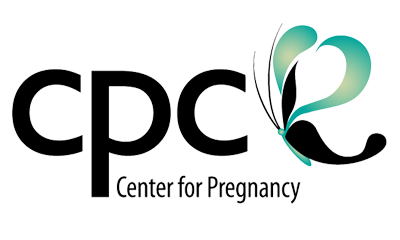 The Center for Pregnancy in Friendswood is a ministry and a mission dedicated to helping women who are facing issues such as: a crisis, pregnancy, abortion, adoption, emergency needs, parenting, relationships and spiritual needs. All their counselors have been trained and work here on a volunteer basis because they want to help you! 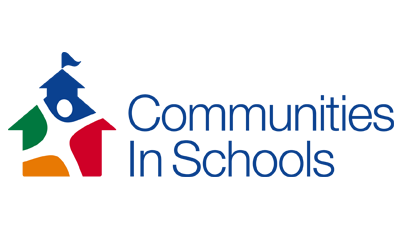 Communities in Schools (CIS) is a drop-out prevention program that provides services for At-Risk students in CCISD and DISD. “At-Risk” students may drop out due to poverty, drug abuse, gang affiliation and poor family dynamics. CIS seeks to partner with area businesses and churches to meet a variety of needs that allows kids to succeed in their education and help prevent them from dropping out. Calvary Houston has committed to Brookside Intermediate as one of it’s CIS partners.

Questions? We'd love to hear from you!